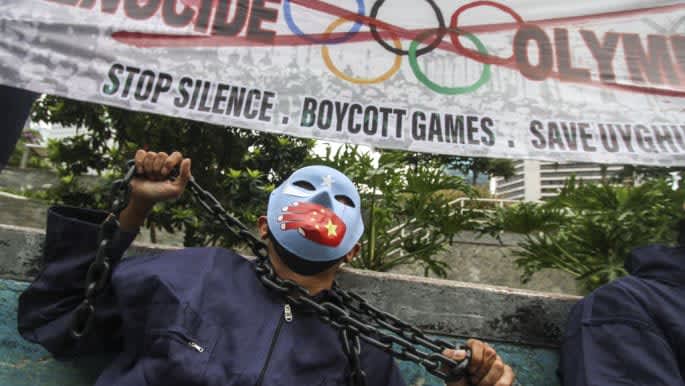 China urged Oman’s citizens to invest in and travel to Xinjiang province on Tuesday, despite Beijing being accused of committing a genocide against Uyghurs and other Turkic Muslim minorities there. Chinese authorities from Xinjiang and the country’s embassy in Oman held an online session called “Xinjiang is a Wonderful Land” to promote the region, according to the Times of Oman. Oman’s population is overwhelmingly Muslim, with around 86 percent of the country’s residents following the Islamic faith. Nasser Al-Busaidi, Oman’s Beijing envoy, spoke in praise of the situation in Xinjiang and noted…